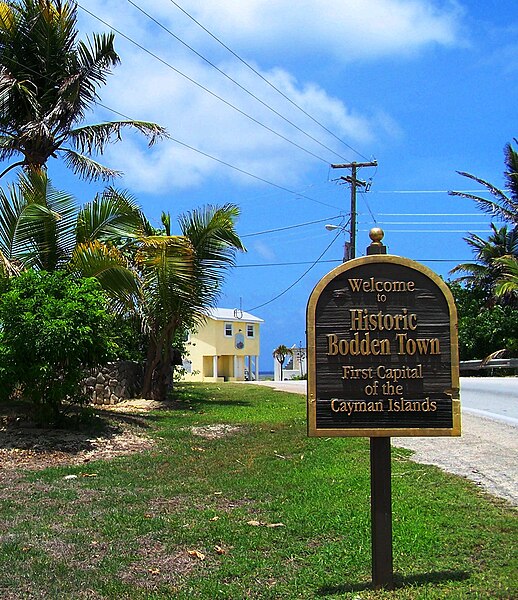 Photo file from the Wikimedia Commons

Bodden Town is approximately eight miles east of Grand Cayman’s present capital George Town and located on the South coast adjacent to the district of Savannah in fact it was originally known as South Side before its name change to Bodden Town some time in the eighteenth century. Today Bodden Town is largely made up of residential homes, with some historic properties of note which include The Mission house which rose to prominence during the 1800’s and is now held as a tourist attraction.


CaribbeanDays has luxury villas throughout the Caymans as well as tours of dolphin, turtle and stingray encounters to snorkeling and fishing.

Under the Cayman Sea

CaribbeanDays offers Adventure in the Cayman!

WHERE THERE IS A SEA THERE ARE PIRATES

Advertise
Give a Gift of Adventure! Gift Certificates for Tours!
CaribbeanDays is proudly partnered with Royal Coachman Worldwide and Enterprise, Alamo and National Car Rental Services.

Not sure where to start your search for a Caribbean villa rental?

Contact a CaribbeanDays villa specialist today! Having visited each and every Caribbean island many times, our specialist can guide you in choosing the right island and villa for your getaway. Fill out the form below to contact a specialist and get started.